Racism is a prevalent and seemingly natural practice in India. Racial discrimination against people from North-Eastern states is widespread and an important part of academic discussion. The racial discrimination ranges from the casual use of the word “chinki” as a descriptive label to outright physical assault as in the case of Nido Tania, the son of a Congress MLA from Arunachal Pradesh, who was beaten to death in Lajpat Nagar, New Delhi.

But to say that people from this part of the country are only victims and not perpetrators of racism would be to be blind to the other side of racism in India. Have they never discriminated against the people from the mainland? The revelations are startling. If one thinks that discrimination is a prerogative of those living in the mainland then one is indeed wrong. But the branding is so strong that most people from North-East India moan the moment they hear the word. Many people from this region, who are made to feel like outsiders in the mainland, target the people from the ‘mainland’ – dkhars in Shillong, mayangs in Manipur, bangars in the Garo Hills, Y-pa in Mizoram and plain mannu in Nagaland.[1] “If ‘Chinese’ is used pejoratively for northeasterners, ‘Indian’ is also used as a term of derogation in the northeast. It signifies a mainland culture that is derisible and unwanted; a relinquishing of common bonds… Those who have lived in the northeast understand the implications.”[2] A situation has been created which forces the lawfully settled non-tribals to leave.

“The most violent xenophobic attacks have been recorded in North-East India where systematic ethnic cleansing has been practised from Meghalaya to Arunachal Pradesh.”[3] “The population of ‘non-tribals’ in Meghalaya has declined from 20 percent in 1971 to 13 percent in 2011.”[4] Manas Chaudhuri, the former Editor of The Shillong Times (the largest circulated English daily in the state of Meghalaya) explains that “in the past 40 years, the population of the minority (non-tribals) has declined by 2 percent every 10 years. When the state was formed, non-tribals constituted 20 percent of the state’s population which has now fallen below 10 percent.”[5] In fact, if one checks the pattern of municipality holdings, one will notice that non-tribal holdings have come down from 80 percent to 20 percent.[6]

In Shillong, the rock capital of India, shopkeepers from the mainland are bullied and petrol bombs hurled at their shops. Perhaps the worst setback to people’s democratic rights, denying them the right to vote, is also a common occurrence.[7] 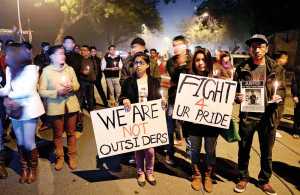 “In Meghalaya, in the late 1970s, the Khasi Students union – a body that is anything but student-like and has in its fold members who have either dropped out of school or are too long in the tooth to be considered students – launched an insidious attack on the Bengalis living in Shillong. Their reason for doing so is the simplistic belief that the non-tribals are responsible for all the ills that afflict Khasi society. So attractive was the slogan “Khasi by birth, Indian by accident” that the words were splattered across public walls in the city. Claiming to be vanguard of Khasi society, the KSU then went on a rampage, pulling non-tribals out of buses and lynching them. A pregnant woman, Gouri Dey, was lynched in public but no one was nabbed and the case died a natural death since no one would give evidence. The next phase of communal violence saw a new set of victims – the Nepali settlers who have also lived in the State since it was part of Assam, and the Biharis who kept cows and supplied milk to the residents. Another time, a number of Bihari families were burnt alive in the dead of night. The culprits were never caught and no one has been indicted in any of the acts of communal carnage that happened in Meghalaya.”[8]

The inaction of the government has only strengthened the resolve of the hate mongers. People from the mainland live as second class citizens with rights guaranteed by the Constitution of India remaining nearly suspended in practice in this part of India. The non-tribals continue to remain insecure and vulnerable.[9]

Demands for introduction of the ‘Inner Line Permit, (ILP), a travel permit (conceived in colonial times) that all ‘outsiders’, i.e., residents of other states in the country, would need to enter Meghalaya, continue to be made. However, during September and December 2013, the state witnessed several rounds of violence which specifically targeted the ‘mainlanders’. At least two non-tribals were burnt to death.[10] Two clothes shops belonging to a family from mainland India were set ablaze in the heart of the city in the month of September.[11] The family’s house was just above the shop; a male member of the family was beaten and an old lady died due to entrapment in the fire.

In a still more horrific attack in October,

“… a man called Vikash Nandwal, the owner of a machineries store, was set ablaze. He was sitting at the counter of his shop when some miscreants entered, poured petrol over him and set him alight. He died of burn injuries in hospital a few weeks later. In November, tea-stall owner Bisheshwar Das was set on fire inside his store. Police made arrests relating to each of the cases but several demands were made for the release of those detained. Various cases of arson and torching of vehicles were reported during these months. Paramilitary patrol parties were attacked with bombs. At the crux of the violence was the question of the ‘outsider’.”[12]

“Non-tribals have lost the right to speak up and dissent.”[13] Those who live here are at the mercy of the tribals.

The discrimination is experienced by people at an altogether different level in Manipur and Mizoram (India’s second most literate state). Curfews are imposed which specifically target the people from mainland India.[14]

While the Mizos make a hue and cry against discrimination they take pride in calling bandhs which are also community specific and target the mainlanders – better known as the ‘Y-pa bandh/curfew’. Mr. Lalthanhawla (the Chief Minister of the State of Mizoram), on 26 June, 2009 in Singapore said that he was racially maltreated in his own country while conveniently overlooking his inability to control several illegal curfews imposed on the people hailing from mainland India in the same month. Mr. Lalthanhawla, who looked for support from the international community and had sought to justify the racist attacks against Indians in Australia, may never have experienced such racist discrimination and attacks as he allows in his home state. He failed to realise that the ‘mainlanders’ are lynched in the state governed by him. 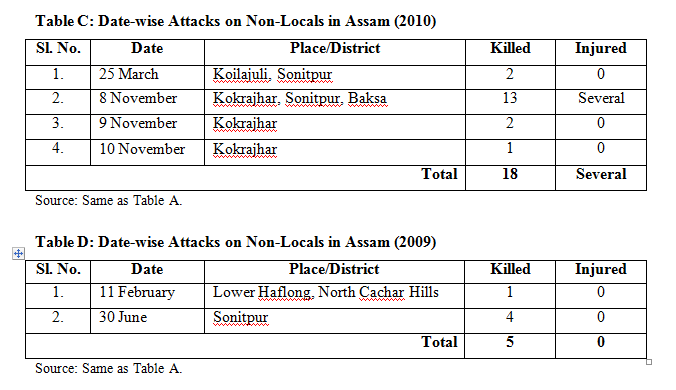 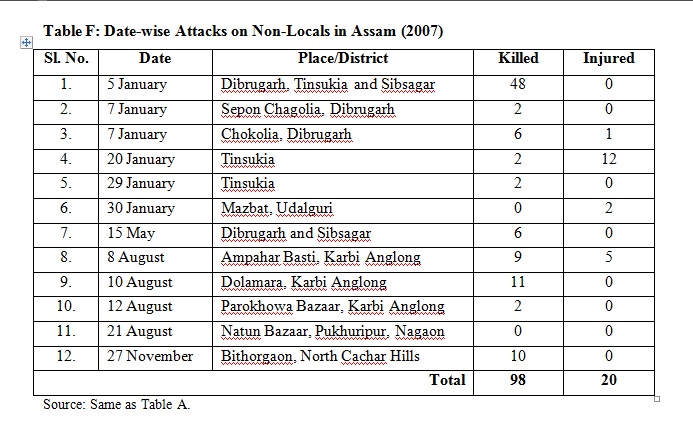 The North-East exists outside the conscious mind-space of the average Indian and “chinki” is how people in ‘mainland’ often greet visitors from this region. Without wanting to sound defensive of either side of racism, I would like to add that the word ‘chinki’ is not used as a racial slur- it is derogatory in that it creates a divide between Indians on the basis of their physical features, but nonetheless is employed by a group of people who fail to understand the cultural and linguistic distinctions between north-eastern communities and states, and thus end up ignorantly clubbing them all together under this term.

What is alarming is that the self-righteous media fails to even think about the discrimination inflicted against several innocent citizens, all the while roaring in outrage over the experiences of the people from the North-eastern states. The entire nation is held to ransom, leaving the people who face discrimination on a daily basis in the remote parts of North-East, bewildered.

As India discusses the racism which people from North-East India face in Delhi or elsewhere in the rest of India, let us not neglect the discrimination and violence that the so called “outsiders” face in the North-East. The people from North-East must actively take cognizance of the fact that members of their communities too are guilty of racism. It is unfortunate that the media has continued to mislead the nation by keeping the national discussion on the other end of the continuum of exclusionary behaviour in oblivion. Indeed, let us not ignore these acts of discrimination or racism only because they concern a remote corner of the country.

It is often alleged that the sufferings of the people from the North-East India are not given adequate space for discourse in the media. However, the fact remains that almost no space is given by the media to the sufferings of the mainlanders in the north-east. At least in Delhi, north-easterners have the freedom to protest the government’s acts. The killers of Nido Tania are in jail. But what about the many killings of the non- tribals in the Northeast? Will the souls of the dead ever get justice? Calling someone ‘Y-pa’ or ‘dkhar’ is okay but being called ‘chinki’ is racially offensive! This hints at the double standards propagated by the media and believed by the gullible public.

[7] There have been instances when people have told me that they have been threatened to return home without casing votes.

2 thoughts on “HYPOCRISY ON RACIAL PREJUDICE”